I’m likely the only girl on the planet who feels this way, but I refuse to see “Titanic” in its 3-D rerelease April 4.* Here are 10 reasons why — before the entire female population disowns me: 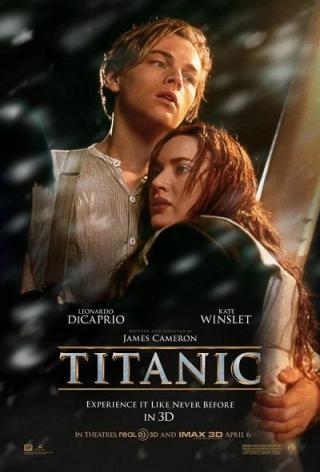 10.  I saw the 1997 release in my local theater. We sat on the floor, because there weren’t enough seats = traumatized for life.

9. I dislike 3-D movies. The plot and cinematography should be strong enough on their own without shit flying in my face.

8. If another year of my life is held hostage by “My Heart Will Go On,” I will lose it.

7. Britney Spears doesn’t need another excuse to reference it in a music video.

6. If you’re going to celebrate a hundredth birthday, at least be classy about it — like Oreo or the Girl Scouts. 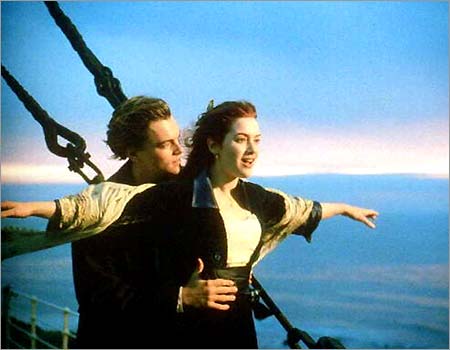 4. The genius promos tout it as a release “from the director who brought you ‘Avatar.’” No, he brought us “Titanic” — 12 years before “Avatar”!

3. Its runtime is 3 hours and 14 minutes. Given my tiny tank, that’s at least two trips to the restroom, not to mention my butt falling asleep thrice.

2. Unless the bitch moves over on the board, I know how it ends. Not cool, Rose. Not. Cool.

1. Remember my aversion to 3-D movies? Here are two huge reasons why: 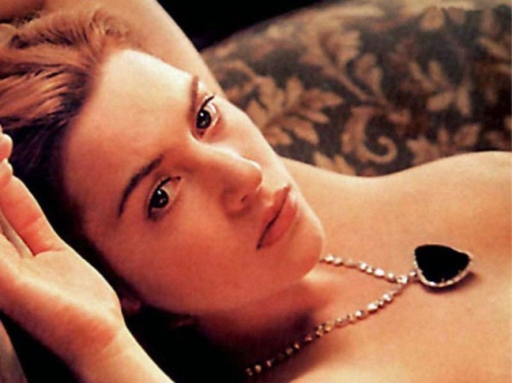 I think that’s a sufficient argument, so ladies, please let this serve as my official decline to any invitation for movie night.

Fast-forward to 2:50 if you don’t want to suffer through the “dancing.”

Bonus: My favorite rendition of “Oops! … I Did It Again.” The quality sucks, but it’s the only one I could find.

*Originally slated to be released April 6, Paramount execs decided they just couldn’t wait and moved it up to April 4. Breaking news, people.