By 30, you should know…
20. How to kiss in a way that communicates perfectly what you would and wouldn’t like to happen next.

OK, editors of Glamour. I wanted to hear you out, because my initial reaction to this must-know was not a positive one.

My mind raced with a stream of feminist fury: Why would a kiss dictate what we want and don’t want to happen next? Shouldn’t our words do the talking? Shouldn’t the person receiving said kisses and communication be understanding of whatever we want to happen (or not)?

Maybe I was so upset because I just finished the deeply moving Netflix series “13 Reasons Why” (more on that in tomorrow’s WO). Maybe it’s because I spent my college career flying under the dating radar, for fear of being labeled a “slut,” “whore,” or anything other than a young woman exploring her sexuality. Maybe it’s because I have nieces, whose safety I worry about constantly from 3,000 miles away. Maybe it’s because for the first time in a long time, I was pissed at Glamour editors for writing the exact kind of fluff expected from a women’s magazine.

To say I struggled with this List item is an understatement. I understood the message the editors tried to convey: A woman’s ability to communicate via kiss can be powerful. It can be empowering. It can be a lot of positive things, indeed.

The rabbit hole I fell down, instead, was thinking about how much time I spent in my teens and 20s convincing myself I was OK with casual dating. Exploring my preferences carefully, because I didn’t want people to get the wrong idea about me. Being scared to have my reputation tarnished by one awful frog I’d mistaken for a prince. Finally letting go of it all when I moved to New York, where I learned very quickly it’s the smallest world of 9 million people you can imagine.

Thankfully, very few of my experiences shook me to my core. I wasn’t taken advantage of or abused or any of the negative things that can happen after something as simple as a kiss. I know not everyone is as lucky.

And while I understand the power a kiss can hold — it’s the gateway to intimacy and often still heralded as the first test of a potential partner — I don’t agree with this item on The List.

Agree? Disagree? Let me know in the comments! I’m eager to hear your perspective. 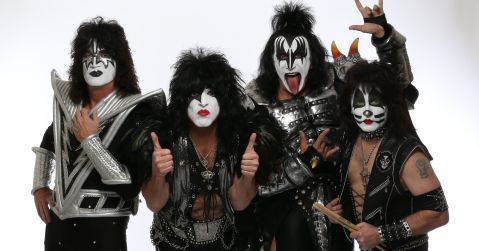 Tags: 30 Before 30, 30 things to do before 30, advice, dating, feminism, glamour magazine, how to kiss, kissing, relationships, women