This week is far from being less of a dumpster fire, but I’m trying to embrace it and just get on through to the upcoming long weekend. 9 days and counting, folks. 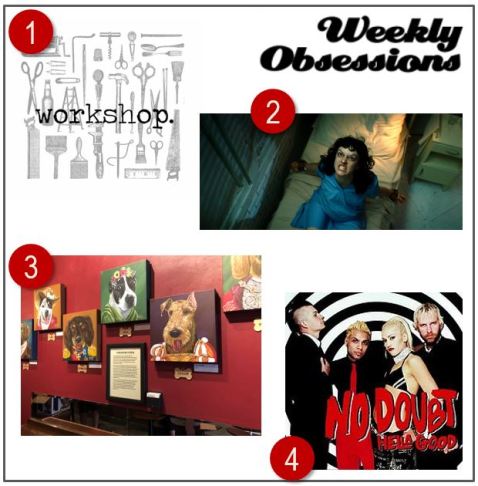 By 30, you should have…
11. A set of screwdrivers, a cordless drill, and a black lace bra.

Happy VD Day, y’all! Or Galentine’s Day, or whatever you call it. In the vein of female empowerment, we had a two-page illustration this week: the left side was a “Don’t,” with a woman’s honey-do list for her future boyfriend to hang pictures, assemble a bookshelf, fix a wobbly chair leg and hang curtains.

On the right page, we see a “Do.” This woman has her tool belt on, is amazed at how much she can do with just a few simple tools and is the modern-day version of Rosie the Riveter.

I see the point of having these tools; I really do. My dad gifted me a tool kit and electric drill set over various Christmases, and he’d be ashamed at how few times I’ve used them myself. But, I’ve put others to work with the kits, so at least that’s something.

My problem, if you recall from six years ago, is that I’m not handy. At all. I was into LEGOs and K’nex as a kid; I eagerly participated in Home Depot workshops to build birdhouses and jewelry boxes. I beamed with pride watching my dad and uncle install tile flooring throughout our house. But somewhere along the way, I became a construction malfunction.

I’d much rather throw money at the problem, hiring a professional or coercing trusted friends into helping me. I’ll supply some tools and the beer, and you do the dirty work. The best part is, you can’t really screw it up. Anything is better than my attempts at handiwork.

It could be that I’m a decorating commitment-phobe. It could be that I don’t like failing. Or it could be that I don’t trust myself to be mediocre at something and that being enough. Whatever it is, I know I have to work on this skill, in particular, unless I want to sink my savings into hired help or beer-mergencies. I’ll keep you posted as always, and you let me know if you have any tips for DIY beginners.

Oh, and as for the black lace bra — I’ve had that covered (literally) for years. If nothing else, there’s no item of clothing that empowers a woman more than hiding that beneath a work apron or tool belt.

It’s one of the best days of the year, pumpkinheads!

I took a few years off from really celebrating, but I think this year’s costume may be my best yet. It wouldn’t have been possible without the craftsmanship of my dear friend Sarah, and the fine folks at Center Hardware in SF.

However you’re celebrating this year, have safe and fun festivities. Cheers!

Fixed: This may be my best Halloween costume yet! A million thanks to @BuczekSarah & @centerhardware for making my dreams come true 🎃👻🐶💐🌈 pic.twitter.com/ieKeZMsP12

It’s already February, which means we better start prepping for Valentine’s Day, awards season and all the other warm and fuzzies this month brings. I, for one, am far from ready. Here’s what has kept me such a professional procrastinator:

It’s Thanksgiving Eve, and I couldn’t be more excited for a long weekend to spend time with the family. Although Brother and Sister-in-Law are off enjoying their honeymoon, we’ll be raising a glass in their absence. And, I’ll raise four more to these lovelies: 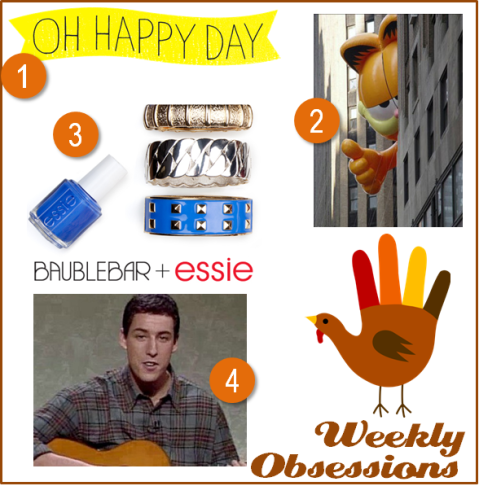 Gobble till you wobble, folks. And have a happy Thanksgiving holiday 🙂

I Don’t Have a Future in Construction

Allow me to preface the following with the admission that I am no domestic goddess. I like to bake, am a decent cook and can craft like nobody’s business. But I can’t sew or fix the plumbing and as I’ve recently learned, am the last person you want to call if you have a construction need.

I bought a new TV last fall, which required a TV stand to sit upon. I should have just brought the guy from the store home with me. Even with an apprentice, we built the unit upside down. Then after flipping it, we still hadn’t learned our left from our right. To say the 32 nails that required installation were a nightmare would be an understatement.

Last weekend, I bought some shelves to you know, hold things. After settling on a set of three cubes of varying sizes, I thought, “How hard could this be?” Oh, how I should have known better. When it comes to construction, Barbara the Builder I am not.

The first challenge came immediately after opening the box. I had to find a place on the wall to hang these inevitable cubes from Hell. I set my sights on a high position and went to town. Did I use a ladder? Pish posh. I didn’t even use my bed for support. No sooner was the hole made, that I realized I had already fucked up the wall.

I went to a different wall. This one was going to be more cooperative, I could feel it. I began to carve a hole again, with more success than the previous attempt. Feeling a little too confident, I “measured” how far apart the corresponding hole would need to go in order to hang the first cube. Measure once, cut twice I say. And so I fucked up again.

Not quite far enough apart, I tried to wedge the cube’s nails into their respective places. After a few labored attempts and a handful more curse words, I gave up in frustration. It was dinnertime and I had bottles of alcohol with my name on them.

After returning from dinner, I decided that six glasses of sangria were precisely enough fuel for me to finish the job. I hung the largest cube sideways to form a diamond. Sure, it wasn’t going to hold much. But it looked pretty, in an avant garde (fancy for “weird”) kind of way.

I successfully hung the other two cubes the same way … mainly out of necessity, as I’d ruined a few of the plastic nails already. This mishmash of diamonds on my wall were edgy compared to those bare white walls and I was even able to fit a trophy into one of them. For those playing at home, it was NOT a trophy for my handiwork.

In all honesty, I’m not even surprised that the home-improvement job didn’t go as planned. The surprise instead came after I didn’t bleed or cry.

I haven’t always been like this, but it appears I will be a lousy handyman for some time.

I can’t figure out where I went wrong in life that I can’t handle the most basic of home-repair tasks. In my Girl Scout days, I eagerly participated in workshops where I got to use my hands and make birdhouses and coin banks. Now the only screwdriver I enjoy in my hand is two parts vodka.

And hard hat or not, I can still wear a utility belt to carry my flask.