What happens when you’re in the middle of the woods with little to no cell service?

You likely forget your weekly blog post, among other things.

It’s a chilly 62• according to the weather report but my astute observation would register it more at somewhere around 30•.

Between hiking, biking, and busing our way through Yosemite, it’s been a week of nonstop adventure. All I know is, I can’t wait to have seven full uninterrupted nights of sleep in my own bed soon. Ahh, such luxury!

This first paragraph has been dedicated to my health and wellness journey, but tbh guys, I’ve put all that on the backburner. Yes, I bought essential oils. Yes, I practiced some yoga. Yes, I ate a lot of kale. But to say I’m the picture of health (as much as I want to) would be an utter fallacy. [Times I thought about working out: ~50]

I did bump back up my reading list with a handful of books I flew right through. There were some peaks and valleys, some tears and laughs. Overall, I’m just glad my library card is getting so much use (and that my employer reimburses books I read for my job). They’re the real MVPs. [Books read: 6]

Here’s what else I spent time doing in April:

The only photo I have from April that slightly resembles me.

I told myself I’d try a “clean eating on weekdays” approach in March but I most certainly did not. Instead, I started on the 1st with a Mexican fiesta lunch, spent mid-March in San Diego (Mexican food capital of California) and ended the 31st with a wine-and-tacos apartment purge party. Noticing a theme? Ay dios mio. [🌮 eaten: ~20]

Despite having plenty of time to devote to reading on the shuttle and quick flights, I found myself not able to power through any reads the way I normally would. (For context, I can usually get through a book in 2-4 sittings, and a few days’ time.) That’s not to say I didn’t enjoy my March picks, but I do think I was considerably less motivated with my brain on overdrive in work summits and commitments. [📚 read: 3.5]

Some highlights from the madness that was this past month: 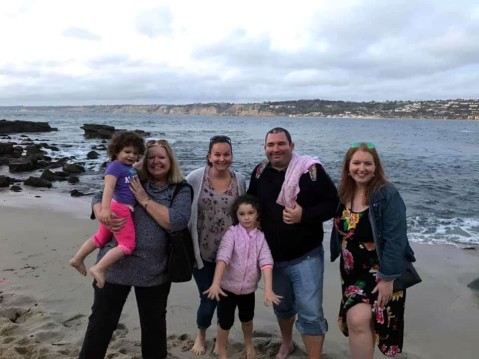 Six people looking at the camera = a Christmas miracle

Coming off a week of work + play in San Diego, I am nothing if not tired. So it’s perfect timing for a week-long work summit, don’t you think? I’m grateful I’m not jet-lagged like my colleagues from Europe and Asia, but I am in need of more coffee than usual for this marathon event.

While researching for a presentation I’m giving tomorrow, I was reminded of this classic Yuletide favorite. I loved Parks & Rec, naturally, and Nick Offerman (AKA Ron Swanson) is the perfect person to watch by the fire, sipping his whisky.

Please enjoy and look forward to some full-fledged obsessions — plus other posts — coming soon!

You may need to verify your age before watching.

You know the saying, “If you want to hear God laugh, tell Him your plans”? I feel like that’s the definition of how this past week has been for me, folks.

You may already be well aware how Type A I am about planning, organization and attention to detail. Pshhh, that all goes out the window when the 24 hours in a day seem to vanish in the blink of an eye.

Between multiple birthday celebrations, a work trip (with a surprise snowfall!), candidate interviews, review cycles and a whole lotta other #firstworldproblems, I’m still dumbfounded that it’s already (and yet, only) Wednesday.

So here’s my penance offering — please enjoy and don’t @ me, bro!

Remember when The List covered such fluffy topics as umbrellas and makeup? Trust is far and away one of the most difficult topics for me to discuss on this blog — isn’t it ironic, Alanis? 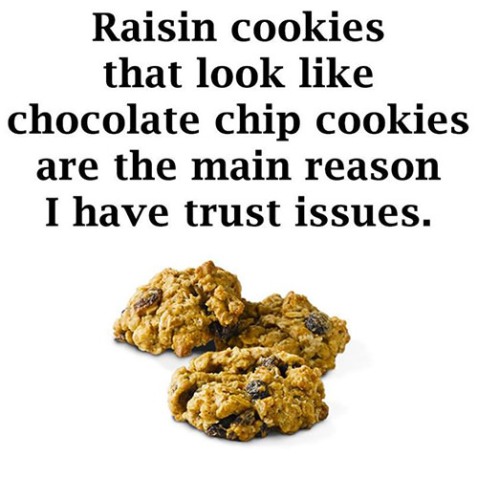 What does legendary gossip columnist Liz Smith say about trust? Well, she’s got more than 50 years of experience in the business, pissed off many — from Sinatra to Trump — and she’s lived to tell the tale.

Smith’s tips are as follows, with (you guessed it!) my own take below each:

You can usually trust a gal who says it like it is.
This may come in many forms, but I’ve personally tried to live by Maya Angelou’s words: “When people show you who they are, believe them the first time.” This opens up a debate of show versus tell, but I think the point is the same: Most people aren’t living double lives. How they treat a customer service agent, hired help, someone in need… it’s pretty telling of who they are as a human being.

When it comes to romance, heed these words: Trust and verify.
In today’s dating world, we have the ability to research a potential match before we even meet them. There’s the episode of “How I Met Your Mother” which explores the battle of mystery vs. history, i.e.,  wanting to know you’re not meeting up (or already dating) a psychopath, but wanting to keep some mystery alive. My take? It doesn’t hurt to know some basics, like their name, their age (range, at least), what industry they work in… and of course, their app bio says a lot about how much they value words and/or the English language. But some things can also be discovered on a real, live date — and make for a hell of a story after.

Never trust your instincts when you’re angry.
Remember how I said people show you who they are? This might be the one exception. Who hasn’t been frustrated with Comcast after 90 minutes on the phone with them? If you can recognize it in the moment, at least, you can mitigate any major faux pas and save yourself the embarrassment of feeling like a total A-hole. Same goes for traffic temper tantrums, though I think we’re all thankful I haven’t driven regularly in nearly five years.

Assume you can’t trust anyone who’s just handed you a contract.
I don’t have a mountain of personal experience with contractual obligations, aside from rental leases and a million Terms & Conditions I’ve toootally read through. But Smith’s point is 100% valid: Get legal advice before you sign anything! I’ve asked for second opinions on work contracts, and I’ve learned the hard way to get freelance agreements well-documented in writing. Feeling the burn? All right.

Life’s just too short to take every little betrayal personally.
This one may be the hardest of all, because it’s natural to feel like certain behaviors or responses are directed toward you. And with social media, Lord knows some of those are directed at you. Instead of getting into a Twitter feud or FB debate, I’ve learned to not engage. If it really irks me, I might privately message or call the person to try and talk it out. Yes, the trolls are real. But holding onto hatred for them only hurts you.

There are no real secrets, so you might as well tell the truth about things.
Ladies and gentlemen, I present to you Public Relations 101. Only you can manage your story. If you’re not up front about certain things — whether it’s being a single mom on the dating scene or messing up at work — the truth will come out. Maybe not right away, and maybe not even with the person you’ve offended. But it will, so why not manage the message and take ownership from the start?

Truthfully, this entire post made me sweat 😅 But being open and vulnerable with you all is kind of the whole point of this series, right?