I’m back, and so are some of my favorite fall shows — one, of course, being “New Girl.” In celebration of that and Zooey’s Cosmo cover spot, I present four finds from her fabulous site: Hello Giggles. Shout-out to my dear friend April who introduced me to it! 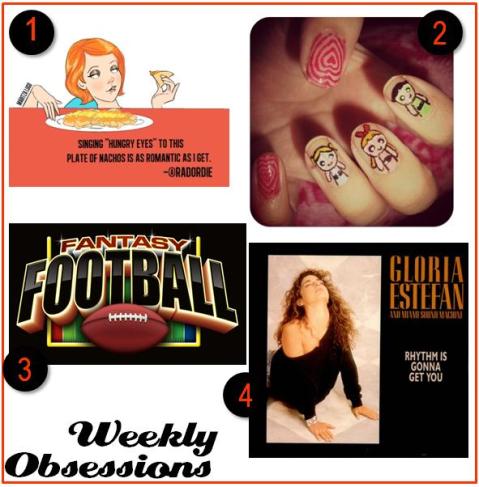 There are tons of other great finds, like How to Tell If Your Boyfriend Is a Scrub and A Petition to Dethrone Ice Cream as the Official Food of the Break-Up.

And the best thing about Hello Giggles is its stringent moderation of comments. Nothing negative is posted, and it’s all focused on celebrating the quirky girl in us all. Go forth and read, my friends!

WO has a new look ’round here, you may have noticed. The reason for this redesign? It’s WITTYBURG’s 1ST BIRTHDAY! Hard to believe that I started this a year ago, with just an idea and a penchant for sarcasm. Many thanks to all of you who’ve supported me this past year … and here’s to many more!

Poppin’ bottles tonight to commemorate the big … 1. Only God and CathyMay15 can judge me.

I have a total girl crush on Zooey Deschanel from her roles in movies like “Elf” and “Failure to Launch” (literally, the only reason I dug the latter). But this quirky beauty has another side gig, among movies, a hit TV show, Cotton commercials and being the face of Rimmel: indie band She & Him. 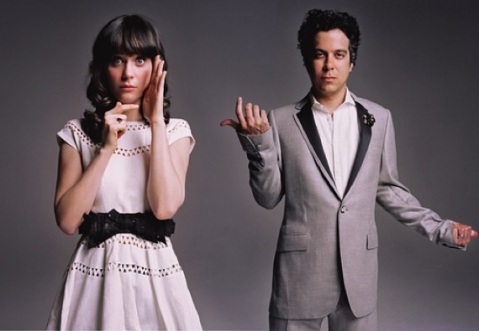 Paired with guitarist M. Ward, Deschanel’s voice soars through both original and cover songs that will make you smile. She has contagious energy, and Him is a showman through and through.

Some of my favorite singles include:

Grooving to these guys makes even the worst Case of the Mondays pretty bearable. They may even turn this Scrooge into a fan of Christmas music … maybe. 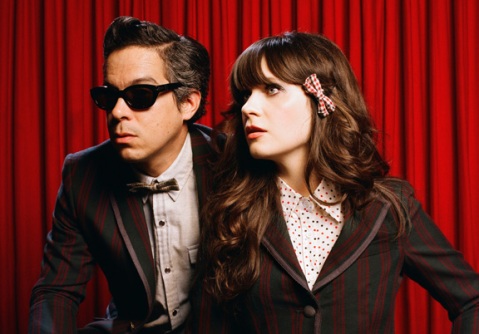